Nick Allard
Creative Services Director, KCCI-8
“Ever have one of those workers report to you that has that drive, that desire, that passion to learn… to grow… and, to succeed both individually and as a whole for the team? Peter Zemansky is one of those guys.  Peter not only wants to ‘do’ the job, he wants to excel at it. I know this first hand because he’s at my door almost everyday asking what he can do to help.
Since Peter began interning for our station close to a year ago, he has shown the instincts of a rising broadcast star by completing his internship in the newsroom with glowing marks and by mastering studio production skills including teleprompting, floor directing and camera operation. Peter, since then, has also tackled the actual directing of a multi-camera newscast very successfully and has pitched in by learning the proper shooting techniques to capture needed promotional video – even HD time-lapses. I don’t know what we would have done without Peter.
One thing, though, to warn you all about,… he had no clue who The Fonz was! Seriously!?!?!?
So, if you can look past the fact that he doesn’t know what ‘jump the shark’ means, I can tell you that Pete is one guy you’d want on your team. I wish I had a full-time spot for him because he’d be one of my MVP’s. (If you’d like to contact me to know more about Peter’s time at KCCI, please feel free to reach out to me via Linkedin).” 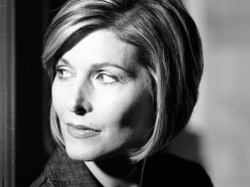 Sharyl Attkisson
CBS News Investigative Correspondent
“This letter is to wholeheartedly recommend Peter Zemansky as a wise addition to any organization searching for an intelligent, reliable self-starter who learns quickly and performs beyond expectations.  Peter interned for me from Jan. through May 2010. I’m an investigative news reporter who often covers intricate, controversial and highly-charged issues. It’s important that I only entrust tasks and research to someone who proves to be impeccable, honest and reliable.  Peter quickly proved he was able to handle work beyond the average intern. He helped me do background and initial research for my reporting on what became the internationally recognized story known as “Fast and Furious,” which was awarded the Emmy award for Outstanding Investigative Journalism in 2010 and the 2012 Edward R. Murrow award for investigative reporting. Specifically, Peter helped look into the story of the murdered Border Patrol agent in the case, Brian Terry. He also tracked down family members for interviews.
Likewise, Peter assisted with a report I did on a summer student travel group called “People to People,” which was accused of scamming families. Peter found lawsuits and contacts, and helped investigate the company’s marketing practices for me. He also looked at the finances for the group, including the salary for its CEO.   In general, Peter helped on many stories providing a wide range of assistance including locating visual story elements, researching, transcribing interviews and setting up and attending interviews.  I encouraged Peter to reach out and take advantage of other opportunities at CBS and, on his own, he got his foot in the door and did some writing and shooting of events. Some of his work was even posted on CBSNews.com.
Peter is a quick study and had an easy grasp of new and unusual concepts we exposed him to at CBS. I was impressed that I didn’t have to carry him through the process! He truly made the most out of what was available.  Last but not least, Peter is pleasant and extremely easy to get along with. There is no drama, no complaining and no goofing off. Not only did I very much enjoy working with him and helping him see what investigative reporting it all about, but he also proved to be a valuable asset to my reporting during the time he was here.” 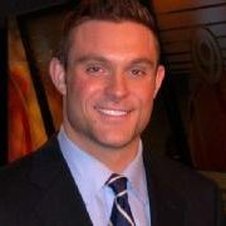 Nick Griffith
Sports Director, KDVR
“I hold back no hesitation in proclaiming that Peter Zemansky is a rising star in our profession. I’m confident that Peter will excel numerous facets of the industry. He assisted me with writing scripts, reporting in the field, editing, posting of web content and did them all with great proficiency. Please don’t hesitate to contact me if you have any further questions regarding Peter.”

Jeremy Moser
Digital Media Manager, KCCI.com
“I was first introduced to Peter Zemansky as a news intern with KCCI-TV. He made quite an impression as a driven and talented young man with a real desire to succeed. More recently, Peter has worked as an employee in the production department at KCCI. Peter visited me one afternoon because he was looking for more work to do as an assistant director. Employees looking for more work to do are rare in any situation, much less one looking to help in a completely different department. I immediately agreed and gave Peter some basic training to add news stories and video to KCCI.com during evening and weekend hours. Peter’s volunteer work on the website has been exceptional, and he has not rested on that first basic training. He has asked continuously for more training and has expanded his mastery of our content management system. He’s also taken on social media tasks by managing our Facebook and Twitter accounts during evening hours.  Beyond the great quality and quantity of Peter’s work is that rare drive seen in very few people. I hold on to the hope that Peter will be able to find full time work at KCCI and continue to amaze us, but if not, I wholeheartedly recommend this bright young man to any company looking for a star.”

Melissa Climo
Marketing and Communications, GNS Science (New Zealand)
“I dropped Peter into the deep end of a research science organisation for a month earlier this year. I asked him to work his way around our science team and uncover some exciting stories to share in short articles, press releases, marketing material and case studies. Peter had no hesitation in getting involved. He tracked down some rather elusive scientists, and quickly gained their engagement and respect. Peter was a quick study who was able to translate the scientists jargon into everyday language to bring out the key messages in each story. Peter was fantastic to work with. I really appreciated his ability to work independently whilst juggling multiple projects. He was flexible in working around other peoples timetables, but he never gave up chasing them! Peter is professional and reliable, and I recommend him to any future employer.”